No tickets are required, and it is not necessary to RSVP to attend the show. Seating is first-come, first-served. Doors open 30 minutes before the listed show time.

About the production Enter a world of corporate espionage, hostile takeovers, and dubious mob connections in a modern re-envisioning of Mozart's final opera. Vitellia Asiatica, recently demoted founder of Vital, Corp., was prepared to take on the mantle of CEO in the merger of Vital and Capital, Inc. - however, following the unexpected death of Capital's CEO and founder Tito Vespasiano, Vitellia is passed over in favor of Vespasiano's beloved (if clueless) son, Tito Jr. Enraged, Vitellia plots to reclaim her company, even seducing Tito's best friend Sesto into serving as her assassin... but it’s surprisingly hard to convince someone to murder their best friend. Her plot goes sideways when Tito announces his intent to make Vitellia his new VP. Sesto is taken away by Tito's family fixer, Publio, to be “handled," and all are forced to examine their loyalty and love of power as Sesto faces death. This modern adaptation was designed for Comet Opera’s first touring production, with flexible staging, minimal sets, and social media interaction.

This production is rated PG13 for thematic material, some brief sensual content, and scenes of peril which may alarm viewers under the age of 10. 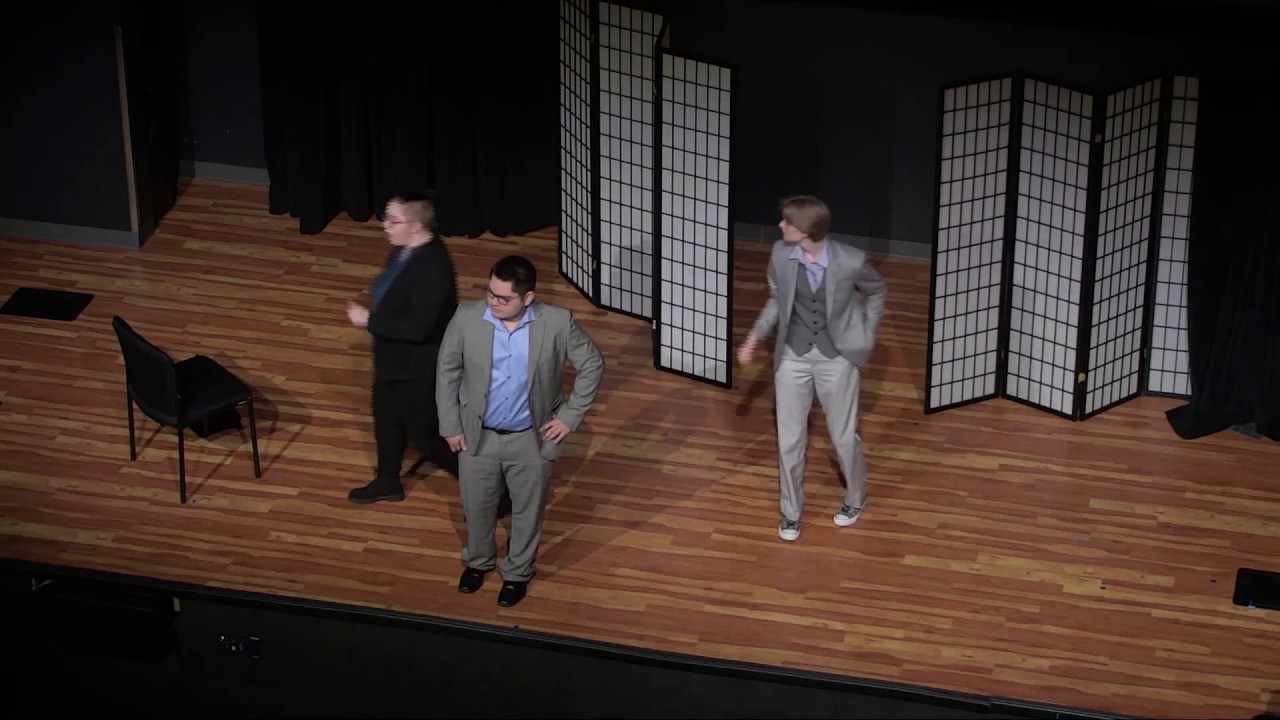 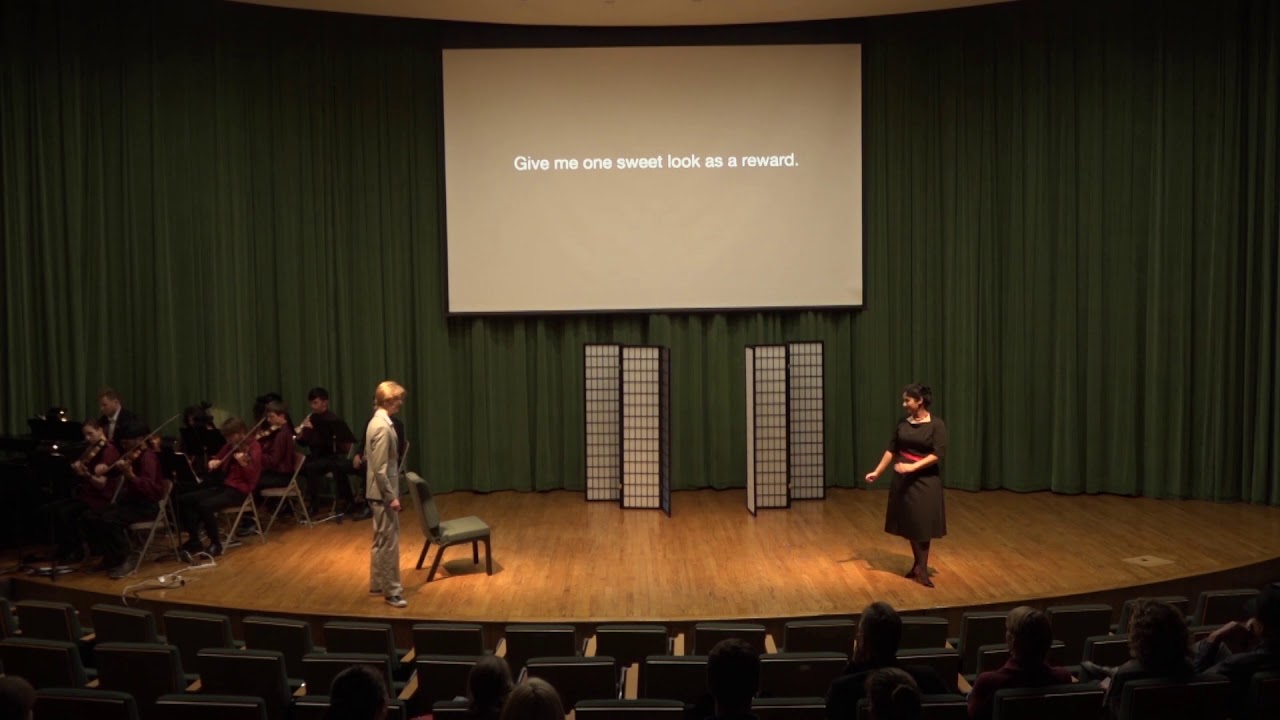 Act 1 Vitellia leaves the press conference for the Vital/Capital merger and unleashes her frustration on Sesto, suggesting that with Tito out of the way, they could do so much more good together. Sesto protests, insisting that she leave her shady dealings behind. The two are interrupted by Annio, who reminds Vitellia that since Tito’s girlfriend Berenice was passed over as vice president, the position is still open. Intrigued, Vitellia tells Sesto to wait and see what happens.

Annio gets a message from Servilia, Sesto’s sister and Annio’s longtime girlfriend, and wonders if she might propose. Sesto encourages them as the two join Tito, who is having a rough morning: Berenice broke up with him after not getting the VP position, he’s not allowed to leave the company to go help fight forest fires, and Publio took his phone. Sesto asks if he’s found a new VP yet. Tito, successfully distracted, informs them that he’s chosen Servilia. Sesto is surprised, knowing Servilia’s shyness and desire for a quiet life with Annio, but Annio interrupts to affirm the choice. Tito sends Annio to tell Servilia the news.

Servilia finds Annio in distress – they want her to have the opportunity, but know their relationship will suffer from the public eye. Servilia unhesitatingly chooses Annio over the VP position, reminding them that she only ever wanted to be with them.

Tito and Publio discuss business strategy: Tito refuses to silence his online opponents, despite Publio’s encouragement to do so. Servilia interrupts them and explains the situation with Annio, including their new engagement. Thrilled by the news, Tito congratulates her and reassures her that he will find a different VP.

Vitellia is infuriated by the rumors online that Servilia has been selected for the VP role. She rounds on Sesto, demanding that he murder Tito and get him out of her way, and Sesto finally gives in. But just as he departs, Publio and Annio arrive to tell Vitellia that she has been chosen as VP. Horrified, Vitellia races to stop Sesto.

Sesto, meanwhile, is panicking. The plot has gone smoothly, the power at Capital has been cut, and he has successfully evaded both security and Publio – all that remains is for him to kill Tito. Annio and Servilia encounter each other in the dark, followed by Publio, who suspects foul play. Vitellia catches up to them just as Sesto emerges, in a state of shock, to announce that Tito is dead. The five of them mourn as the lights slowly come back on.

Act 2 Annio finds Sesto and tells him that Tito is not dead, only injured. Sesto, in his surprise, accidentally reveals that he was the assassin. Annio is shocked, but immediately makes plans to protect Sesto. Vitellia discovers Sesto and urges him to escape before they are both exposed, but Publio arrives and takes Sesto away. Sesto says a lingering farewell to Vitellia, who wavers between her guilt and fear.

Tito, alive and well, waits impatiently at Capital. Publio urges him to go forward with business as usual and confirm Vitellia as the VP, moving the unexplained incident out of the news, but Tito’s mind is fixed on Sesto – he has to understand what happened. Publio tells him that not every heart is as loyal as Tito’s.

Annio interrupts to plead Sesto’s case, and Tito, still distressed and confused, sends everyone away so he can talk to Sesto alone. Sesto refuses to confess and incriminate Vitellia, despite Tito’s urging, and Tito gives up and sends him away. Tito struggles with himself as he tries to come to a decision.

Servilia chases down Vitellia, demanding that she use her influence with Tito and her knowledge of the business underworld to save Sesto’s life. Realizing that Sesto never betrayed her involvement, Vitellia wrestles with her conscience alone.

Annio crashes the VP announcement gala in a last attempt to save Sesto’s life. Before Tito can declare his decision regarding Sesto, Vitellia arrives and declares herself the author of the conspiracy. Tito is shocked, but refuses to change his mind: everybody is forgiven and everything is forgotten.